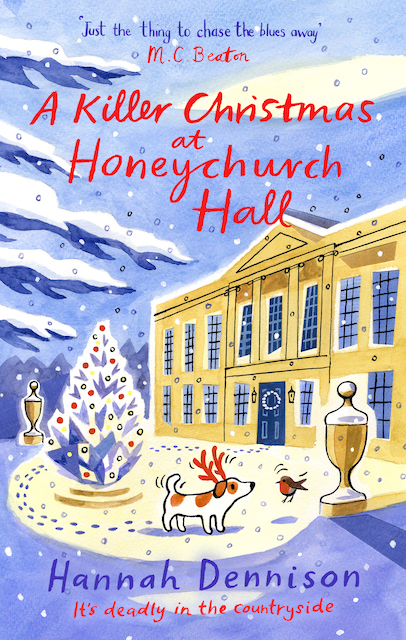 When a valuable doll is stolen just days before the upcoming Christmas Gala at Honeychurch Hall, Kat is distraught. Not only was the doll on loan, but she was earmarked to headline the gala's Silent Auction.

The star-studded event is the brainchild of a glamorous power couple who have been hired by the ever-gullible Lady Lavinia to thrust the crumbling estate into the 21st century. Needless to say, the newcomers' efforts to change the status quo ruffle more than a few feathers in the community.

Meanwhile, Iris's secret identity as international best-selling romance writer Krystalle Storm is once more under threat when a rabid fan discovers that the elusive writer lives in Little Dipperton.

When a body is discovered in the stumpery and another suffers a fatal fall, it seems there is more than one person trying to escape their past. With the fate of her mother, the future of the Honeychurch dynasty and Kat's own life at stake, it's up to Kat to save the day and bring the cold-blooded killer to justice.