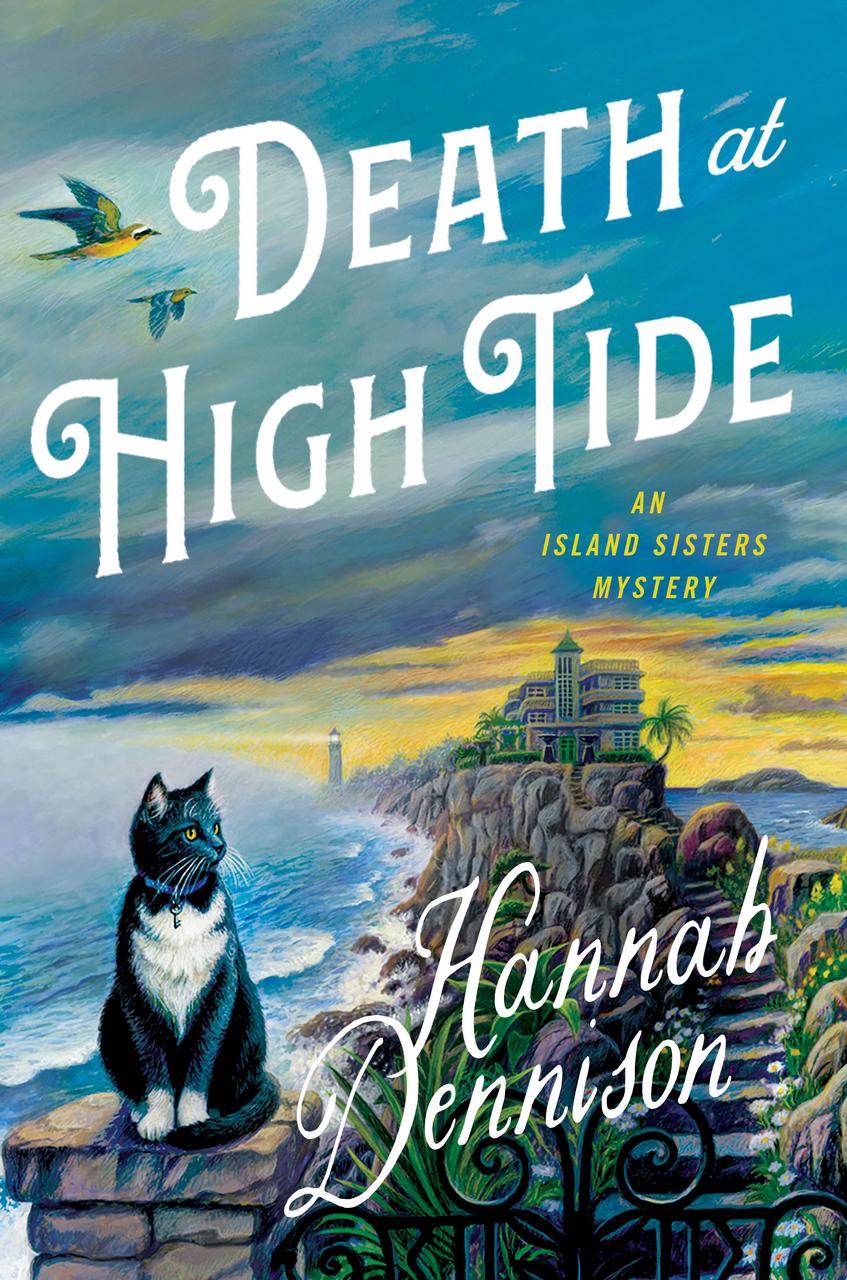 Note: This book is still not published in the UK but can be shipped to the UK.

When Evie Mead's husband, Robert, suddenly drops dead of a heart attack, a mysterious note is found among his possessions. It indicates that Evie may own the rights to a crumbling Art Deco hotel on Tregarrick Rock, one of the Isles of Scilly, off the coast of Cornwall.

Still grieving, Evie is inclined to leave the matter to the accountant to sort out. Her sister Margot, however, flown in from her glamorous career in LA, has other plans. Envisioning a luxurious weekend getaway, she goes ahead and buys two round trip tickets to Tregarrick.

Once at the hotel—used in its heyday to house detective novelists, and more fixer-upper than spa resort, after all—Evie and Margot attempt to get to the bottom of things. But the foul-tempered hotel owner claims he's never met the late Robert, despite mounting evidence. The rest of the island inhabitants, ranging from an ex-con receptionist to a vicar who communicates with cats, aren't any easier to read.

But when a murder occurs at the hotel, and then another soon follows, frustration turns to desperation. There's no getting off the island at high tide. And Evie and Margot, the only current visitors to Tregarrick, are suspects one and two. It falls to them to unravel secrets spanning generations—and several of their own—if they want to make it back alive.

What people are saying about the Island Sisters Mysteries:

"An intriguing yarn filled with secrets and sins, including false identities, covert relationships, adultery, greed and theft. With a dollop of whimsy, a cast of eccentrics and an intricate puzzle, Death at High Tide will sweep you away with its sly charm, its wicked wit and its artful trickery." —The Fredericksburg Free Lance-Star

"Winning...Two murders and a high tide cutting off the police heighten the suspense. Intriguing characters and an intricate plot lift this twist on Agatha Christie's And Then There Were None. Cozy fans will look forward to further skullduggery on Tregarrick." —Publishers Weekly

"An entertaining mystery with the right dose of suspense to keep the pages turning."