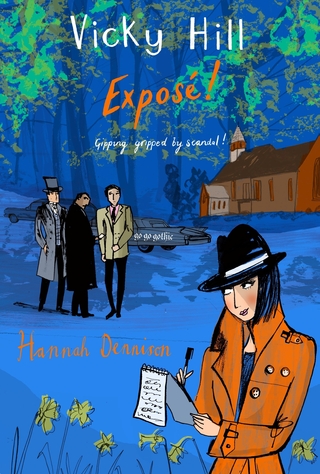 It's snail-racing season in the small town of Gipping-on-Plym. And obituary writer Vicky Hill is racing, too—to solve a mysterious death.

When an early-morning call wakes Vicky from the arms of her dream man, reality had better be worth it—and it is. An anonymous tipster tells her about the secret funeral of local celebrity Scarlett Fleming—coordinated by her husband, Doug. The entire town is baffled by the sudden death and oddly discreet funeral. After all, the effervescent Scarlett was never one to stay in her shell.

Vicky's suspicions heighten when she learns of the Flemings' shaky finances—and that Doug has almost as many admirers as Scarlett had enemies. While canvassing suspects and juggling three suitors, Vicky must stay one step ahead of a killer once she realizes she's no longer writing an obituary—she's writing an expose!