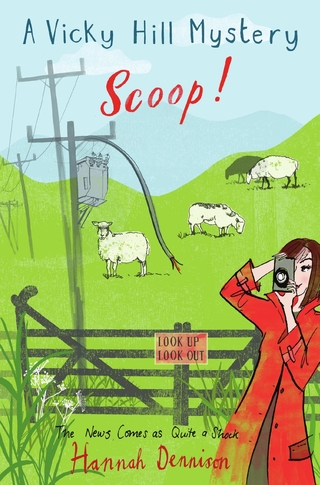 In the sleepy English town of Gipping-on-Plym, ambitious, young journalist Vicky Hill will do anything to get off the obituary circuit and onto the front page. And in a town full of secrets, a funeral could be just the scoop she needs…

If there's one thing Vicky has learned in her career as an obituary writer, it's how to spot something fishy at a funeral—and plenty is amiss at the service for farmer Gordon Berry. The man was a champion hedge cutter. And who could possibly believe he'd be foolish enough to electrocute himself by striking a power line with his own clippers?

At the reception, there are rumblings of foul play especially when a scuffle breaks out between hedge layer Jack Webster and the local lothario, Dr. Frost. Vicky suspects that the dead man's sister's accusations are founded on pure gossip and would have let things slide had it not been for the fact she's fallen madly in love with the delicious Lieutenant Robin Berry, the farmer's son who is in the Royal Navy. Robin never liked his father but dotes on his aunt. Vicky agrees to make some discreet inquiries in the hope that Robin will reward her with a date—and true love.

Vicky questions Steve, the paramedic who arrived first on the scene of the accident. Steve claims to have vital information about Gordon's demise but will only tell Vicky if she agrees to have dinner with him.

In her quest for a story, Vicky confronts everything from bad—and disappointing—dates to mortal danger. But when someone gets hold of her own nasty secret, will Vicky allow her nemesis Annabel Lake to steal her glory in return for her silence? The answer will soon be revealed.