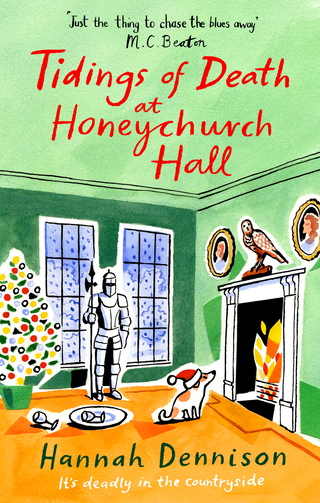 It's ten days before Christmas at Honeychurch Hall and Kat Stanford has persuaded the Earl of Grenville to open the Museum Room to the villagers in an effort to raise money for rooftop repairs. For the price of a ticket visitors will be able to view an unusual display of antiques - including the legendary Bleeding Hawk of Honeychurch Hall.

When an obnoxious young couple drive 200 miles from London to view the treasures it's not just Kate who is suspicious of their intentions; Mr Chips, the estate's feisty Jack Russell makes his feelings plain by taking a bite out of the man's trousers.

But then a suit of armour inexplicably falls on the ancient butler, killing him, and when a second body is found near a quarry nearby Kat becomes entangled in a world of feuds and jealousies, finally encountering a cold-blooded killer who will stop at nothing to keep the past at bay.